Find out why this website is not optimized for Internet Explorer 6.

Providing the support you need to face life’s challenges.

Read More
Helping you to help your patients 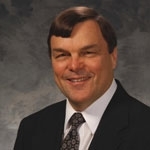 Richard L. Atkinson, M.D. graduated from the Virginia Military Institute and the Medical College of Virginia, Richmond.  He took residency and fellowship training in Endocrine-Metabolism at UCLA Harbor General Hospital, Torrance, California, and fellowship training in Endocrine-Metabolism at Walter Reed Army Hospital.  He has been on the faculty of the University of Virginia; University of California, Davis; Eastern Virginia Medical School; and the University of Wisconsin, Madison, where he is Emeritus Professor of Medicine and Nutritional Sciences.  He currently is Clinical Professor of Pathology at Virginia Commonwealth University; Visiting Professor of Molecular Medicine, Karolinska Institute, Stockholm, Sweden; Director of the Obetech Obesity Research Center, Richmond, VA; and President of Obetech, LLC. He is Editor of the International Journal of Obesity; Regional Vice-President of The Obesity Society; Past President and Co-Founder of the American Obesity Association, Past President of the North American Association for the Study of Obesity, and Past President of the American Society for Clinical Nutrition.  NAASO-The Obesity Society established the annual Richard Atkinson-Judith Stern Public Service Award in 2006 to honor his service to the field of obesity.  Dr. Atkinson has been a consultant to the National Institutes of Health, National Academy of Sciences, US Department of Agriculture, Department of Defense, Department of Veterans Affairs, Food and Drug Administration, Federal Trade Commission, and numerous companies and foundations.  He has been involved in obesity research and treatment for over 30 years. He is interested in obesity policy and has advocated for young investigator programs nationally and internationally. Recently, his research has focused on virus-induced obesity. He and his research group demonstrated that a human adenovirus (Ad-36) produces obesity in animals and is associated with obesity in humans.  Dr. Atkinson has published over 175 manuscripts and over 200 abstracts in the medical literature.

You know very well that weight loss or health is not really about finding the right diet or exercise plan. It’s about figuring out why you struggle so much with following through on the plans you make. This is your answer. The Health Commitment Matrix© provides a framework that allows you to analyze your whole life and prepare to make meaningful changes that improve your ability to achieve your goals ...read more